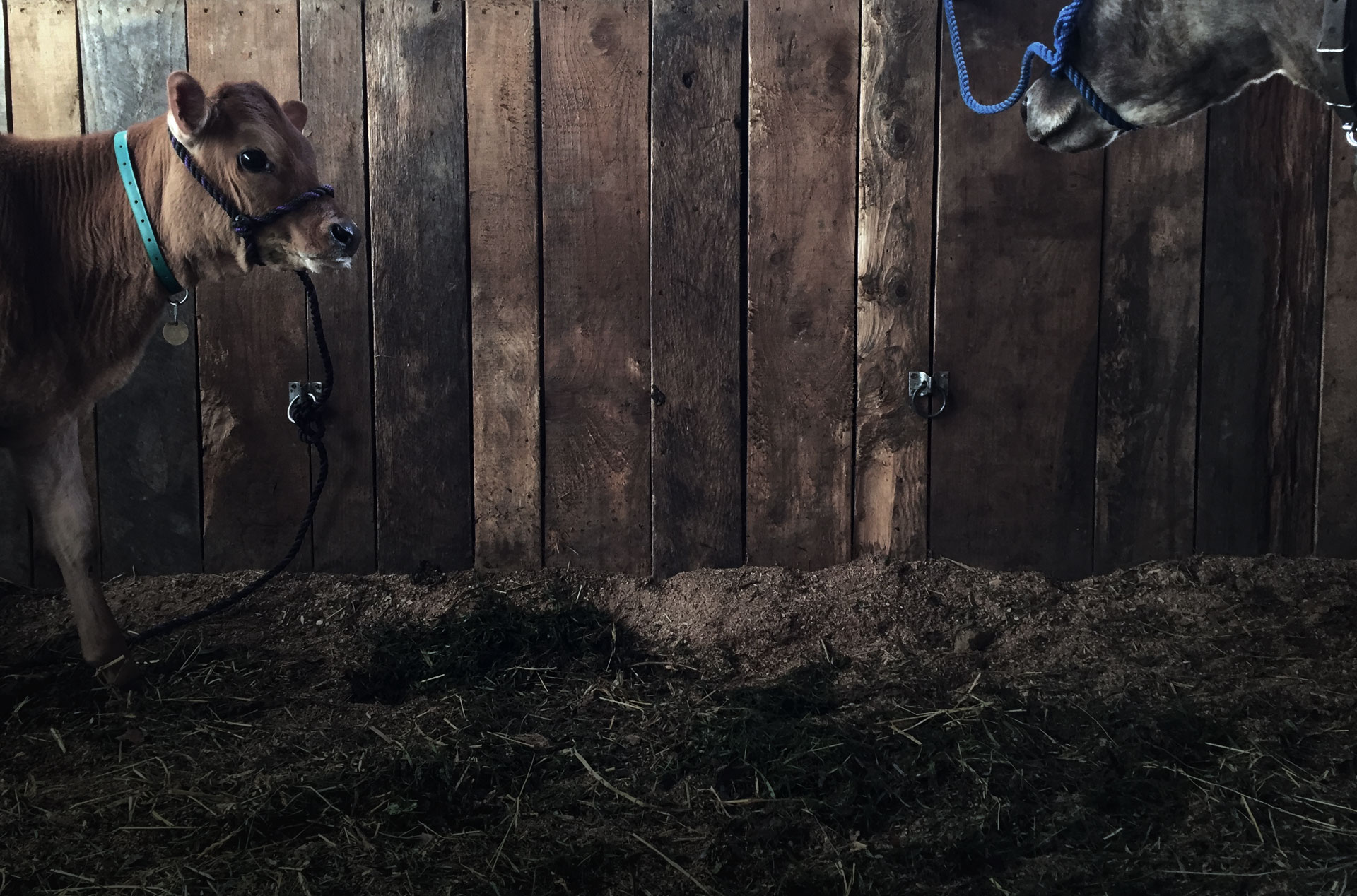 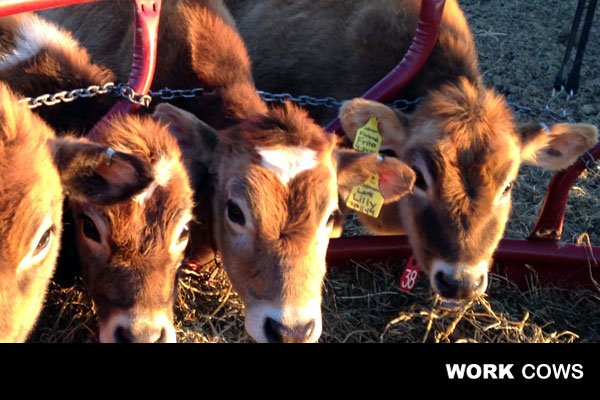 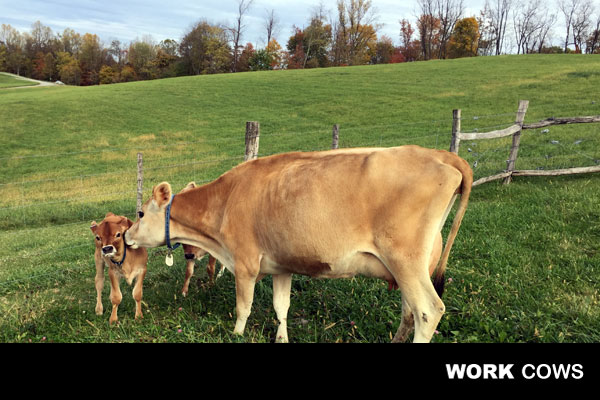 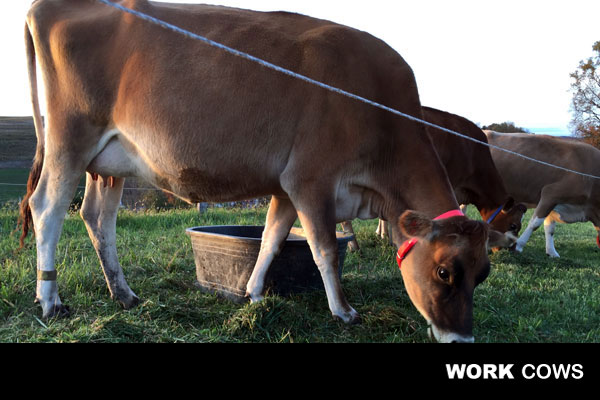 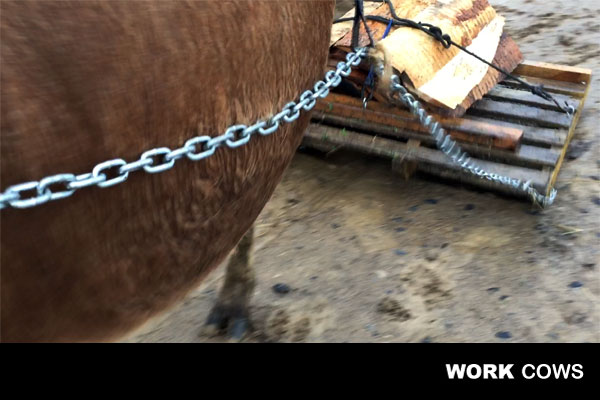 After being exposed to years of cute commercials portraying the benefits of milk and cheese provided by “happy cows”, many Americans continue to hold a somewhat unrealistic idea about most dairy cattle breeds. For many, the dairy cow has become something of a storybook character that no longer really resembles the strong, capable beast that has historically been the foundation animal for many small farms and homesteads.

Many are convinced that these powerful, intelligent animals, often weighing in at nearly a half-ton as adults, should do nothing more than recline on a sunny hillside. This thinking is not only unrealistic, but it also does a great disservice to an animal that has a rich history of providing milk, meat and light draft power for farmers and homesteaders both here and abroad.

The Working Cow: A Time-Tested Idea

Bovines have always been considered valuable additions to the farm or homestead. In this country, pioneering families kept cows to provide their family with a source of fresh dairy products before the advent of grocery stores and refrigeration. In addition, the cow also provided a seasonal calf that could be eaten, sold or traded for other needs. 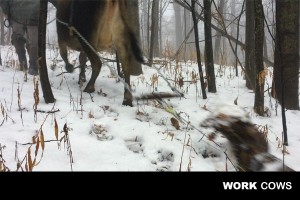 Even more than that, however, the cow or her castrated male calf, usually called a bullock, oxen, or steer, often benefited the household by providing a source of traction power. This allowed the family to break ground to grow crops for their household’s food supply, as well as additional grain and hay to help feed other animals on which the family depended, such as pigs and chickens.

This power source also helped families who were often short on manpower by providing them with a willing draft animal to help haul logs, stone and sod for building, as well as wood for heating and harvested crops and hay. In fact, even before arriving at their new homestead properties, pioneers often relied on the milk cows they brought with them as a backup source of draft power to help pull the family’s wagon, in cases where their draft horses or oxen became injured or ill and had to be removed from duty.

Many are surprised to find out that bovines, both cows and oxen, are still routinely used to provide milk, meat and traction power on small farms and holdings around the world, particularly in lesser developed countries where mechanical traction power is unaffordable, impractical or unavailable. Although this practice fell out of favor in the U.S. in the 1930s and 1940s as most farmers traded draft animal power for the mechanical tractor and cheap fuel, it is once again proving useful and popular among many of today’s small farmers and homesteaders who seek to maximize their relationship with their livestock and reduce their dependence on petroleum.

When considering the use of any bovine for more than just a producer of milk and meat, it is important to remember that not all dairy cows make good candidates. In fact, commercial dairy cows today are bred specifically to produce massive amounts of milk, with their long-term health no longer being a top priority. These high-producing animals must be fed massive amounts of carefully balanced, supplemental feeds to produce all that milk. Even more problematic, most of these animals will spend their entire productive life housed inside a climate-controlled barn, without exposure to the healthful benefits of sunshine and grassy pasture.

In contrast, a grass-fed cow begins to imitate their mother by nibbling on grass or hay soon after birth. These calves receive the dietary benefits of milk from their grass-fed mothers, along with the healthful nutrition they get from consuming a wide variety of grasses and other vegetation. In addition, they also receive the benefits from exposure to sunshine which helps their bodies produce the Vitamin D needed for robust skeletal development.

Even more importantly, the grass-fed dairy cow receives the physical benefits that come with the constant movement required to graze each day, including powerful, well-developed bones and muscles. Cows who are allowed and encouraged to graze will walk for a large portion of each day as they seek out tasty, nutritious plants to eat. This movement promotes healthy digestion and helps to build healthy muscle mass, which allows the grass-fed dairy cow to thrive in situations where they are tasked with providing milk, meat and well-managed draft power.

If you still have reservations about using dairy cows as a source of draft power on the small farm or homestead, due to common misconceptions about their fragility or inability to be trained and used in this manner, stay tuned. Our second segment is chock full of examples, facts and figures that show that dairy draft power makes sense, for both the farmer and the cow.